… I want to share how the Lord is working even in this. It began more than a week ago, early in the week. I was not feeling well at all and was short of breath just standing. On Wednesday…

As many of you know, I have been dealing with breathing issues for some time now. In the past eight months I have been transported by ambulance to the ER three times. Doing the simplest of tasks has become anything but simple. Walking across a room can tire me out and prevent me from exerting energy on any level. I am asking prayer that either God gives doctors wisdom to determine the issue and have a solution or God just steps in and removes this from me.

I want to share how the Lord is working even in this. It began more than a week ago, early in the week. I was not feeling well at all and was short of breath just standing. On Wednesday I was trying to do as little as possible to gain the strength to get to church that night. However, I just couldn’t seem to maintain any decent consistency in breathing. After a few breathing treatments at home I wasn’t sure if I was going to make it that night. Melissa asked me if we were going; I told her I was going to try. I was ready to text the pastor and tell him I wasn’t going to be able to make it. I waited a few minutes to do so and, in that time, just prayed a simple prayer asking for strength to be able to go. I did not text the pastor; within fifteen minutes I was feeling really good. I got dressed and we left for church. It wasn’t until I had entered the church building that I got a text from the pastor that he wasn’t going to be able to make it. With a few adjustments to service order, I simply stepped in and did what I have done hundreds of times, “be instant in season and out of season.” Always be prepared to preach or handle anything needed to be done in the church. We sang songs (which has been difficult for me), I preached a message, then we left to go home. As soon as I walked out of the building to head to the car, I literally lost my breath. It was extremely difficult to catch my breath just to walk to the car.

It was a rough night Wednesday night into Thursday. Thursday, I took multiple breathing treatments and anything else I could think of to get on top of struggling with the breathing. Around 9 pm I felt as if I was going to be able to get on top of it and told Melissa I was fine (she had asked me if she needed to take me to the ER), I would do another treatment in a few hours, and felt like I could try to get some sleep. I am pretty sure she checked on me one other time shortly after that then went to bed. At a few minutes before midnight I started another round of a breathing treatment. I had been coughing up junk all week but I felt as if it was breaking up finally and I was going to sit up for a while getting it out of my system. Around midnight I remember sitting on the couch with a trashcan in front of me so that I could spit in it and thought that within 30 minutes I could have enough cleared so that I could breathe to sleep. This is how it has typically gone in the past. Sitting down staring at the basket and floor is the last thing I remember.

From midnight Thursday night until around 4 pm Friday afternoon I have no memories. Everything I am telling you now is what my family has relayed to me. About 2:15 am a text was sent out from my phone to Melissa and Nathan stating that I was not getting better and was going to need help. Somehow that message got sent. Nathan, who was still up, rushed into the room. According to him, he asked me questions. I told him to get Melissa. Nathan got her and she came running. She asked me more questions about taking me to the emergency room. My response was that I couldn’t make it to the car. Nathan called 911. First responders and an ambulance arrived quickly. (Remember, I have no memory of any of this.) They tried getting me on oxygen, breathing treatments, etc. I was not responding to any of it. It took them 30 minutes or more to try to stabilize the situation but there were no good results. One of the firemen ended up driving the ambulance so that both ambulance workers would be free to work on me.

I arrived at the ER and was taken to a cardiac care room where the medical team took over. They determined quickly that I was unresponsive and no treatment was working. With a quick blood test, they discovered that my CO2 levels were in excess of 90% in my blood. (For reference, “normal” is 40%.) They tried medication at first to no avail. They had to intubate me; in other words, place me on life support. They placed a breathing tube down my throat and hooked me up to a breathing machine. From there they took me to ICU to monitor how I was going to respond.

While all of this is going on Nathan got on the phone to get support. I am thankful he learned growing up in the ministry that you call. As ministers, our phones are always on and we are always there to help. He called and they came. THANK YOU to all the preachers and others who came by that night and morning. I am sorry I do not remember any of you being there, but I am thankful that my family knows there are those who care.

I also know that prayer works. Though the doctors did exactly what they needed to do, at the levels I was, this could have been a very long drawn out day or days before removing the tube or breathing on my own. I know prayer works because I went from the depths of poor condition to breathing room air with only slight oxygen assistance within hours. (The main breathing tube was inserted around 5:30 am and removed by 9:45 am.) As a matter of fact, my normal breathing and oxygen levels during the last eight months has stayed at or below 93%. By 7:30 pm Friday I was breathing on my own on room air with oxygen levels exceeding 95% consistently.

I do not understand all the technical stuff but I know God knows how He made us and He did a work that day. I know it was a long night and day for my family and I am so thankful for all those who stood with them and prayed. I was truly in the Lord’s hands as I have no memory of anything after midnight that night. Thank you, Lord, for what you did. Please continue to pray that healing will be done. I am asking for prayer for physical strength to work and minister. The Lord knows the needs in all areas: physically, emotionally, spiritually, and financially. We are in need of the Lord showing up and out as we move forward. 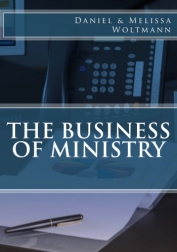