It is never easy to watch a church fall towards death. Fear begins to grip the remnant as they wonder what will become of them, of the church’s legacy, of the community it is a part of. There are many reasons for a church dying, some are of their own doing, others are because of the damage of others. Regardless of the actual cause, it is always because of sin.

September has been a tough month. A high school friend passed away suddenly. A dear college and ministry friend died after a yearlong battle with brain cancer. Amid all of this was the 18th anniversary of 9/11. The idea of death has been a constant thought for the past few weeks. If you have never experienced the death of a loved one, then you may not understand that with the loss of that person is also other deaths. There is the death of dreams. The death of traditions. The death of hope for some when they can’t see how they could possibly go on. The end of stability and routine. Eventually these things will return, though changed, as time passes, and others come into their lives.

Death, however, does not only come to people. We have seen far too many churches die. The death of a church is rarely sudden. It is more along the lines of a cancer that eats away the life of the church. People slowly leave as they begin to see the inevitability. Often there is only a remnant of people that stay until the end.

The process of death is the same. Once a church has been diagnosed as dying there is often denial, an inability to accept reality. “We just have to have faith.” Once all the activities and “doing” and those doing all the “things” have been exhausted in order to “save the church” some of the faithful remnant begin the slow leave. The slow leave is when they stop serving like they used to. They don’t come as often. They are out of town more. Ailments flare up more often. Being at church is more painful than not being there. It is difficult to watch what you love die.

Many times, people from the outside begin contacting the pastor with their concerns. Some will be encouragers and say to keep fighting. While this is a nice sentiment, it is tantamount to a doctor prescribing chemo or radiation for a patient on life support. An exhausted, discouraged church people cannot continue without seeing some glimmer of hope. Those who truly want to help will be completely honest with the pastor and the remnant. They may be gentle in their advice at first. However, if the advice falls on deaf ears, they may resort to being blunt. Their suggestions will then be this: merge or close. In other words, join with others in a life-giving move (a blood transfusion) or pull the plug.

We use the example of a roller coaster hill when illustrating the downward decline. Not many pastors or church members recognize the beginning of the downward fall. Once that downward turn begins there are steps to take to prevent the crash to the bottom. A complete review of how the church ministers, and more importantly the “why” everything is done, is necessary for a successful revitalization. Through the process, although brutal to complete, a plan of action can be determined to set the church on a new path of growth and life.

However, once the church is on that downward fall, it takes great effort and radical change to reverse course. Unfortunately, many churches refuse to take those necessary steps. Instead, they throw as much time and money as they have until all is spent. Or they do nothing and are satisfied to remain where and how they are if they can meet the bills. They are ineffective in any aspect. They eventually become a burden to the church community. Most sadly, once their doors do close, they are a poor testimony to the community at large. Churches do not die well. They certainly do not glorify our Lord and Savior when they do.

It is never easy to watch a church fall towards death. Fear begins to grip the remnant as they wonder what will become of them, of the church’s legacy, of the community it is a part of. There are many reasons for a church dying, some are of their own doing, others are because of the damage of others. Regardless of the actual cause, it is always because of sin. Until the sin is dealt with biblically, the church may not recover at all. God cannot bless His church when there is sin present. He didn’t bless the children of Israel whenever there was sin present in the camp. Why would we think He would bless a modern church if sin rules?

Rather than close their doors churches do have the option of merging with other believers of like faith. For many this is a scary prospect. But from death comes life. When a Christian dies we know that they have gone on to eternal life. When a seed is planted in the ground, it must die before life of a new plant can begin. Life can also come when two or more churches die to themselves and merge together.

In other cases, several struggling churches could choose to merge together to grow a strong one. This is a bit more complicated as there is usually the issue of who is going to be the pastor. For these situations, someone (whether an evangelist or a seasoned pastor as interim) is usually needed to oversee the merger and to aid in the search for a pastor for the newly formed church.

In the case of mergers there is death also. Death of previous names. Death of some ministries. Death of traditions. Most importantly, however, there needs to be death of self of every member of each church. As this new church forms everyone must be willing to lay on the altar all those things that they want, they desire. It is only when this occurs that a church merger will become successful.

Death is never easy. But for the Christian, death is not the end. For a church, death does not have to be the end either. Death brings change but it also brings life. If your church is on the brink of death, consider what can be done to let it die and at the same time bring new life. 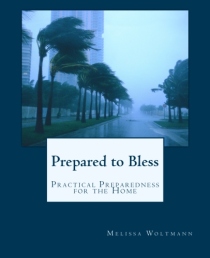